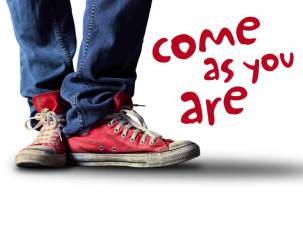 Larry was born in Greencastle, Indiana, (1939) and grew up on the family farm near Cloverdale, Indiana. He is a graduate of Cloverdale High School, Purdue University (BS 1961, MS 1965) and United Theological Seminary (M.Div. 1969). Larry and his wife, Wilma, met at Purdue and were married on December 24, 1961. They have two daughters; Lynn, living near Seattle, WA, and Nancy (George) Chung, living near Seattle, WA. They have three granddaughters: Veronica, Vanessa and Valerie Chung.

After serving as the Vocational Agriculture teacher at Urbana High School and Northfield High School, Larry entered the ministry and was licensed to preach in 1965. They attended United Theological Seminary in Dayton, OH. During one year, as an intern year, they lived in Milton PA where Larry served as an associate pastor. After ordination as Elder in 1969, they began their ministry with the Colfax and New Hope UM Churches southeast of Lafayette. From there they served churches in Lafontaine, Huntington, Kendallville, Bluffton and South Bend. The last eight years, before retiring in 2004, Larry served as the District Superintendent of the Fort Wayne District, in the former North Indiana Conference. Wilma also retired from teaching in 2004, after teaching at North Miami Jr/Sr. High School, Miami County, Dayton, OH and Heartland Career Center in Wabash, South Bend and Huntington.

They moved to their new home between Wabash and Huntington in 2004. Larry began his service as the parish visitation pastor, at the North Manchester UMC, in May 2007. His ministry consists of visiting the senior members/friends of the church, being available on call when the lead pastor is away and preaching on occasion. He also preaches occasionally at surrounding local churches. 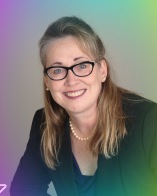 Debra Pyrah joined our church staff as Administrative Assistant in November, 2018.  She grew up and lived in Michigan all her life, until she married her husband Brad Pyrah in 2016.

She has a General Associate's Degree with a concentration in Business.  In Michigan, Debra worked for a small hometown bank for nearly 24 years.  She began as a Teller, and was consecutively promoted to Teller Trainer, New Accounts Rep., Loan Officer, Asst. Branch Manager and lastly to H.R. Director/Corporate Secretary.

While at the bank she helped raise funds for underprivileged children and started an employee bible study group.  She was also blessed to operate her own small business for 5 years, where she was able to reach out to at risk children in the neighborhood.

Brad and Debra feel truly blessed to have 6 children and 9 grandchildren.  Together they enjoy visiting family,  traveling,  riding their motorcycle and firearm shooting sports.

Personally, Debra enjoys reading, learning new things, going on mission trips, and lifting up kids who are hurting or underprivileged.

Laura graduated from Whitko High School and was a member of the National Honor Society. She worked as a Teller and now as the Head Teller at Beacon Credit Union. She has 3 sons and 4 granddaughters. She enjoyes reading as a hobby. 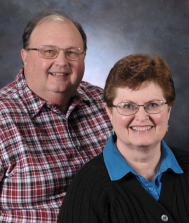 Terry and Pam McKee enrich our service with their talents. Terry directs the Chancel Choir and plays his saxiphone in the praise band. Pam plays the piano for the choirs and praise band. Terry directs specials, such as the Christmas and Easter Cantatas, often recruiting talent from Manchester University and the community. 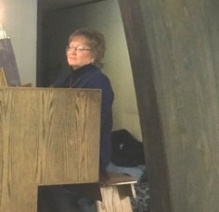 Rita Slater plays the organ and keyboard for worship services, funerals and special occasions.  The congregation is blessed when she uses her talent and her heart to bring the organ to life.

Making disciples of Jesus Christ for the transformation of the world.

Spread the word and raise awareness about what we do. The best way to do it is through social networking!